The NCGOP State Plan of Organization (POO) establishes a system of governance that extends from the precinct level to the NCGOP state leadership level. At the heart of this governance structure is the Executive Committee (ExCom), which gives voice to elected officials, district leadership teams, and at-large members from across the counties.

The POO clearly enumerates the ExCom as being the superior governing body, the organizational component that makes all the major decisions for the party. The Central Committee (CC) is a smaller body which has the charter to execute the decisions of the ExCom on a month to month basis. 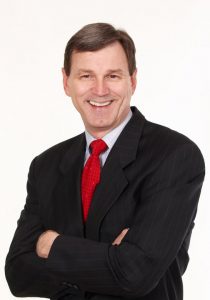 Unfortunately, the NCGOP has not operated under that model for many years. Worse still, the CC has instituted a non-disclosure agreement (NDA) that has cloaked its inner deliberations in secrecy.

The NCGOP senior leadership in the CC is usurping the authority of the ExCom and preventing the ExCom from even holding meetings. This practice must stop immediately.

As Party Chairman, I will insist the ExCom meet quarterly to review and approve the detailed budget and expenditures, to review party program initiatives, to consider resolutions, platform and policy changes, and to shape the party’s message to our elected officials. I fully support the elimination of the Central Committee’s NDA, as it prevents transparency and accountability within this body.

As Party Chairman I will sanction a 2017-18 (year-round) POO committee to receive state-wide inputs on necessary POO changes, many of which have been suppressed at convention the past several years. This committee will report quarterly to the ExCom its findings and recommendations for POO reform, in a transparent and flexible manner.

The committee will reconstruct the POO through several iterations of revision during the year based on ExCom guidance, bringing this document up to date and making it reflect the use of 21st Century technologies. One month prior to the 2018 state convention, the final version will be published for delegate consideration. The final product – a reformed POO – will be given an up or down vote for adoption at the 2018 convention.

Although the State Plan of Organization does not address fundraising, it is a vital function and an important duty of the NCGOP. Our problem with past fundraising is that we fail to treat it like an essential part of our business.

As an experienced corporate sales executive, I know how to build a brand and value proposition, then sell that brand and value to targeted clients. I know how to develop a pipeline for future revenues and to manage that pipeline to ensure cash flows into the business. I closed more than $100M in sales during my 10-year career as an IT Sales Executive. I will bring that expertise to the NCGOP for full time sales and marketing of our brand and value to prospects, large and small.

I do not believe the party should be using our annual state convention as a profit center for fundraising. Frankly, elevated prices for the convention discourages many of the party faithful from attending and creates divided loyalty between the counties and the state-level organization. We need to keep convention prices to the absolute lowest levels to increase participation and sustain party unity. The end result will be a larger base of GOP support, more collaboration with that base, and broader membership in the party. This will enhance our collaborative fundraising efforts.

Finally, the NCGOP needs a stable year-round cash flow system that sustains core operations throughout the election cycle. For years, we have experienced ups and downs in cash flows, sometimes having to furlough essential staff at inopportune times because of lack of funds. As an experienced business unit manager, I know how to sustain stable operations and set aside funding for surge activities when needed during the election cycle.

“Jim Womack is a man of intelligence, integrity, and incredible energy. Those attributes coupled with his leadership skills, forged during his US Army career and honed during his subsequent careers in private industry and government, are just what we need to lead the revival of the North Carolina Republican Party. It was also a great experience to serve with Jim on the NCGOP Resolutions Committee”, Stash said.

Regarding Carl Mischka, she said: “It has been my pleasure to work with Carl on our Executive Board over the last 3 ½ years, and as his Vice Chairman in Craven County for past year, where his lifetime leadership experience was most helpful in restoring our County GOP from disorder and insolvency to a vibrant and financially solvent organization promoting Republican values and candidates in our county.”

Catherine “Cat” Stash currently serves as Chairman of the Craven County NC Republican Party, and on the NCGOP Third Congressional District Nominating and Plan of Organization Committees. Over the past ten years or so, she has served the Republican Party in numerous roles such as Precinct Chairman, County Vice Chairman, Member-at-Large in District 3, and Alternate Delegate to the 2016 National Republican Party Convention. Cat has also served on a variety of committees at the county, district, and state levels, served as Chairman of the Resolutions and Nominating Committees in District 3, worked during get-out-the-vote events, and organized candidate forums. 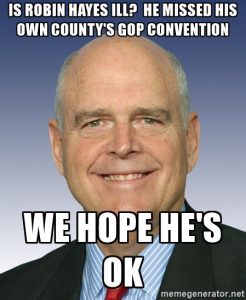 We find this rather curious, as Mr. Hayes is registered to vote in Cabarrus County and is running for re-election as NCGOP Chairman.

We have also learned that Robin did not attend Precinct Meetings either.  Missing these meetings may prevent  his participation in the district and state conventions as a delegate, unless someone nominated him as a delegate in his absence.

We hope that this is not a sign of ill health for Mr. Hayes. 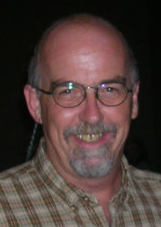 I became involved in the Republican Party a few years ago when I was invited to attend my county’s annual convention.  The fellow who invited me asked me to act as Sergeant at Arms for the convention.  He apparently had a concern about a specific member known for speaking out directly and forcefully.

As it turns out, I was the only Republican present from my precinct, so I became the Precinct Chairman.  So began my involvement with the GOP.

Since then, I have attended quite a few county GOP meetings, two county conventions, a district convention, and a state convention.  In doing so, I have met dozens of wonderful people who invest their time and resources for the good of the party.

By and large, the work of the North Carolina Republican Party is accomplished through the investment of personal time, effort, and resources by volunteers.  Those people have a right to expect that their investment will be managed openly, honestly, and fairly for the good of Republicans across our state and to promote Republican values.

Sadly, in all too many cases, that expectation is not met.  This drives many people away from participation in the party.  Only the most dedicated continue to fight under such circumstances.

During my involvement in the Republican Party, I have twice had the opportunity to work with Jim Womack.  I have found him to be a man of incredible intellect, integrity, and energy.  My discussions with Jim have revealed to me that he recognizes the critical importance of volunteers and the need to manage their investment in an open, fair, and honest manner.  I have also learned that Jim is not just an idea man, but also a man of action.  Yes, he is a good speaker, but he also has a track record of getting things done.

Republicans have recently accomplished a lot across our state and across the country, but this is no time to rest on our laurels.  We must continue to effectively promote conservative values and good conservative candidates and officeholders.  This will require more investment of time, effort, and resources by volunteers.  There will be more volunteers and their investments will yield better dividends when the effort has honest governance.

I know Jim Womack can make that happen.

Paul Yeager is a conservative activist from Waynesville.  He provides web and social media support for the Jim Womack campaign.

Mr. Mischka has served as Craven County Chairman since October 2013 when he was recruited to fill an unexpected vacancy. At that point the county party was fractured and financially insolvent. Through teamwork and the help of many dedicated volunteers, Carl will leave the party leadership united with a newly renovated HQ and about 20K in the bank. Carl believes in God, Family, Party and in helping lead others to new heights of accomplishment so we all get more done.

Self-employed since 1978 as an advertising sales professional, Carl has held high elected positions in Meeting Planners International and in Yacht Clubs on both coasts. His involvement in politics stems from being a Republican Eagle level Donor during President G. W. Bush’s first campaign and, most recently, Craven County Chair for Dan Forest’s re-election and initial Eastern Carolina team leader for Donald J Trump.

Carl believes that getting out the vote is the key to political success after recruiting and vetting qualified candidates and holding them accountable.

Let’s face it, we in the North Carolina Grand Old Party (NCGOP) are not achieving our potential. While we sustained our Republican super-majority in the General Assembly, we lost the 2016 Governor’s race and our conservative advantage in the state Supreme Court. The political costs for these failures will be felt for many years to come. Our leadership failed to ensure our precincts were properly organized, grow our NCGOP base, and energize voters to elect our conservative candidates. Our adversary party is already at work undermining the legislature and engaging the courts to stall conservative initiatives as they prepare to counter-attack in the 2018 mid-term elections.

The vast majority of North Carolinians are conservative. They will affiliate with the Republican Party if we are true to our founding principles and make them feel welcome in the Grand Old Party. To accomplish growth in our numbers, we need reform of our Plan of Organization, a system of organizing and training down to the precinct level, and a conservative message that resonates across the state.

I have a plan to close the nearly 600,000 gap in registered voters the democrats have over Republicans in our state within the next 2-4 years. This plan will sustain our advantage in the NCGA, regain the Governor’s seat in 2020, and restore a conservative Supreme Court by 2022. I pledge to stay focused on building our party base. I need your help to:

With your active support we will make North Carolina the seat of conservatism in the Southeast. Please contact me with your ideas or suggestions. Together, we will prevail.

Chairman Womack is a West Point graduate, a career U.S. Army officer, and an Information Technology Executive from Sanford, North Carolina.  He has been politically active in North Carolina for the past ten years.  He served as a Lee County Commissioner from 2010-2014 and served on the state’s Mining and Energy Commission from 2012-15, chairing the organization from 2012-14.

Chairman Womack has been a grass roots activist in the NCGOP and has authored several resolutions and platform changes seeking to decentralize the power and authority of the GOP’s Central Committee, putting control of the party back into the hands of the Republican base.  Womack is advocating top-to-bottom reform of the party and a complete reworking of the NCGOP’s Plan of Organization.