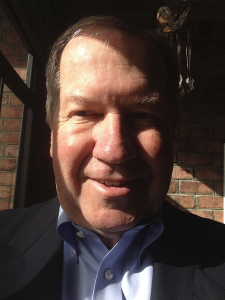 Mr. Mischka has served as Craven County Chairman since October 2013 when he was recruited to fill an unexpected vacancy. At that point the county party was fractured and financially insolvent. Through teamwork and the help of many dedicated volunteers, Carl will leave the party leadership united with a newly renovated HQ and about 20K in the bank. Carl believes in God, Family, Party and in helping lead others to new heights of accomplishment so we all get more done.

Self-employed since 1978 as an advertising sales professional, Carl has held high elected positions in Meeting Planners International and in Yacht Clubs on both coasts. His involvement in politics stems from being a Republican Eagle level Donor during President G. W. Bush’s first campaign and, most recently, Craven County Chair for Dan Forest’s re-election and initial Eastern Carolina team leader for Donald J Trump.

Carl believes that getting out the vote is the key to political success after recruiting and vetting qualified candidates and holding them accountable.