The Republican Party is the party of the working man and woman. Too often, though, our party leadership ignores that hallmark, a major source of strength in the NCGOP.

Clearly, the majority of working North Carolinians voted to give Republicans control of the council of state, the election of 10 congressmen among our 13 districts, super majorities in the NC House and Senate, and a dominance of appellate court justices across the state; all of this despite the Republican Party having a voter affiliation deficit of 594,000 prospective voters to the democrat party. 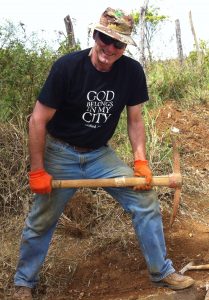 Party leaders frequently fail to demonstrate concern for grass roots Republicans who represent the heart and soul of our party. They suppress participation in party governance by profiteering off of rank and file Republicans at conventions. They meddle politically in the regulation and oversight of important, long-standing state industries like commercial fishing and textiles. And they suppress participation of working class Republicans in district- and state-level Executive Committee meetings and conventions. It’s no wonder we continue to lag behind democrats in overall party affiliation around the state.

As Chairman of the NCGOP, I will insist we restore the state Republican Party to the working man and woman. We will set meetings and agendas that are well publicized and forecast well in advance for dates and times conducive to a working person’s schedule. We will permit remote participation for those who have work-related travel limitations. We will promote and defend the interests of lifeblood industries to achieve a thriving commercial fishing industry and a working coastline. We will advocate for measures that lead to full employment in furniture, agri-business, and textiles across the state. The GOP will liaison frequently and effectively with key legislators on matters of importance to the working class.

After I am elected, the NCGOP will abandon the ‘country club members only’ attitude that has crept into our policies, Plan of Organization, and operating procedures. We will conduct education and training for aggressive outreach within the minority groups around the state. By appealing to the working class, we will encourage more unaffiliated and conservative democrats to join our party, reduce the voter affiliation gap, and win important, contested races in the future.

2 thoughts on “NCGOP and the Working Class”